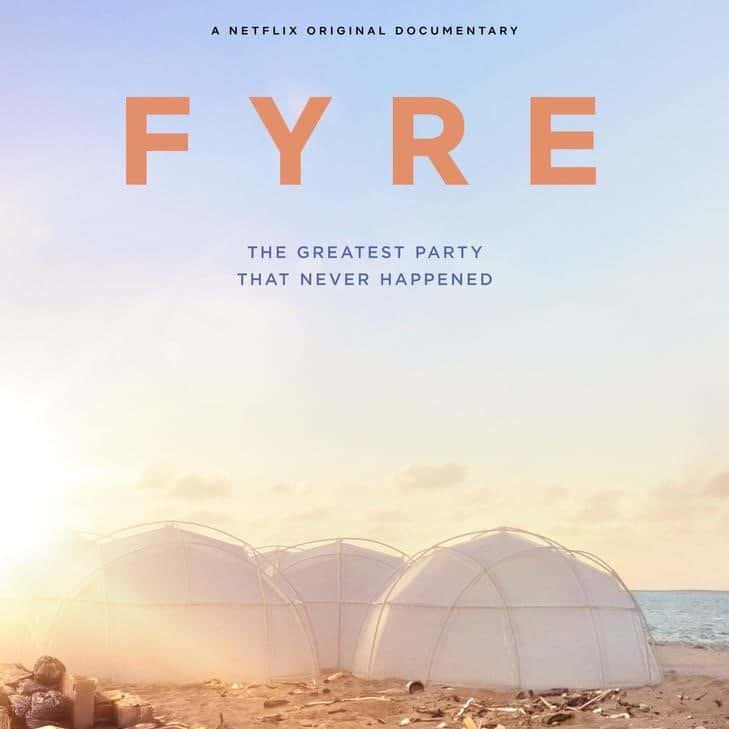 If you are taking up business or entrepreneurship, this documentary suits you. It revolves around planning the event, the Fyre Festival, which was meant to advertise the company’s platform for booking artists.

It was very transparent about everything that goes on behind the scenes for the whole Fyre team. From the conception of the idea, to the planning, the different areas of work that are needed to make everything happen and the hiccups and eventual downfall of the company and head.

Upon watching the documentary, it made me ponder upon a few things. I realized how important it is to be prepared with realistic and attainable goals. Entrepreneurs need to be accountable and apply ethical business practices in all aspects of operations from marketing to workers’ compensation. In addition, it was also highlighted how easy it is to market a utopia through the guise of models and social media.

Social media was Fyre’s biggest asset, and it could be for any business.

Their main advertising platforms were on Instagram and Facebook. Fyre had sold the idea of a paradise and it worked. Nowadays, it is crucial for a business to gain traction through social media. There is a whole new world of marketing compared to 10 years ago. Influencers and celebrities are now more involved with targeted ads.

Celebrity and influencer culture should be put under a microscope.

This was more of a subtext in the film. However, I believe that this phenomenon is the parasocial relationships with many celebrities. We should ask ourselves about how we as a society idolize these ‘beautiful’ people. Worse, how we in a way, ‘worship’ them. We reach the point of spending thousands on merchandise, meet and greets or the chance to see them from a far.

That was the whole starting point with Fyre’s business concept as well. It was supposed to be a platform to book personalities for appearances. The concepts is strange, but it works in today’s world. When celebrities and influencers or personalities are well-known, we still feel the need to have some connection with them. Realistically, most of them don’t really think about us the way that we do about them on an individual scale.

Workers are the most affected by a corporation’s downfall.

For some people, it seems satisfying to see the ruin of a rich CEO. However, the unfortunate collapse of a company can still affect so many others. The workers being exploited, unpaid for a month of work and overtime were the biggest victims of this fiasco in my opinion. For those that have bought tickets to the festival, I don’t sympathize with them, since their thousands of dollars spent on a ticket were probably disposable income.

I was already aware about the importance of ethics in business. However, watching the documentary on Fyre just solidified this awareness and really stuck with me how much white lies from a big business can snowball into a catastrophe for many people and communities.

It is definitely a must watch since it’s an interesting take on this event. There is much to think about and discuss especially with the ethics and moral aspect of advertising and corporate social responsibility along with influencer culture.