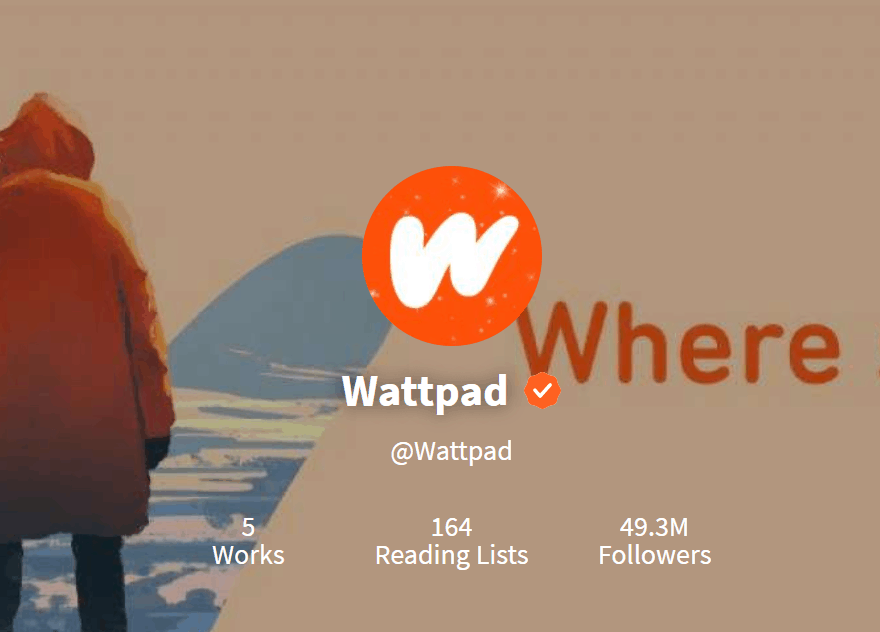 Find out these highly recommended Wattpad stories for Filipino students!

School works can be stressful especially during this pandemic where we succumb into a series of online classes and weekly modules. Your piles of school readings might be waiting on the desk but it’s also important to take some time off. So what else should you read other than your academic papers?

As most of the students were already aware of Wattpad, we made reading fiction novels our stress reliever and leisure activity. But where do you start and how do you find the perfect story for you?

Starting off with stories that we, as students, can relate to! 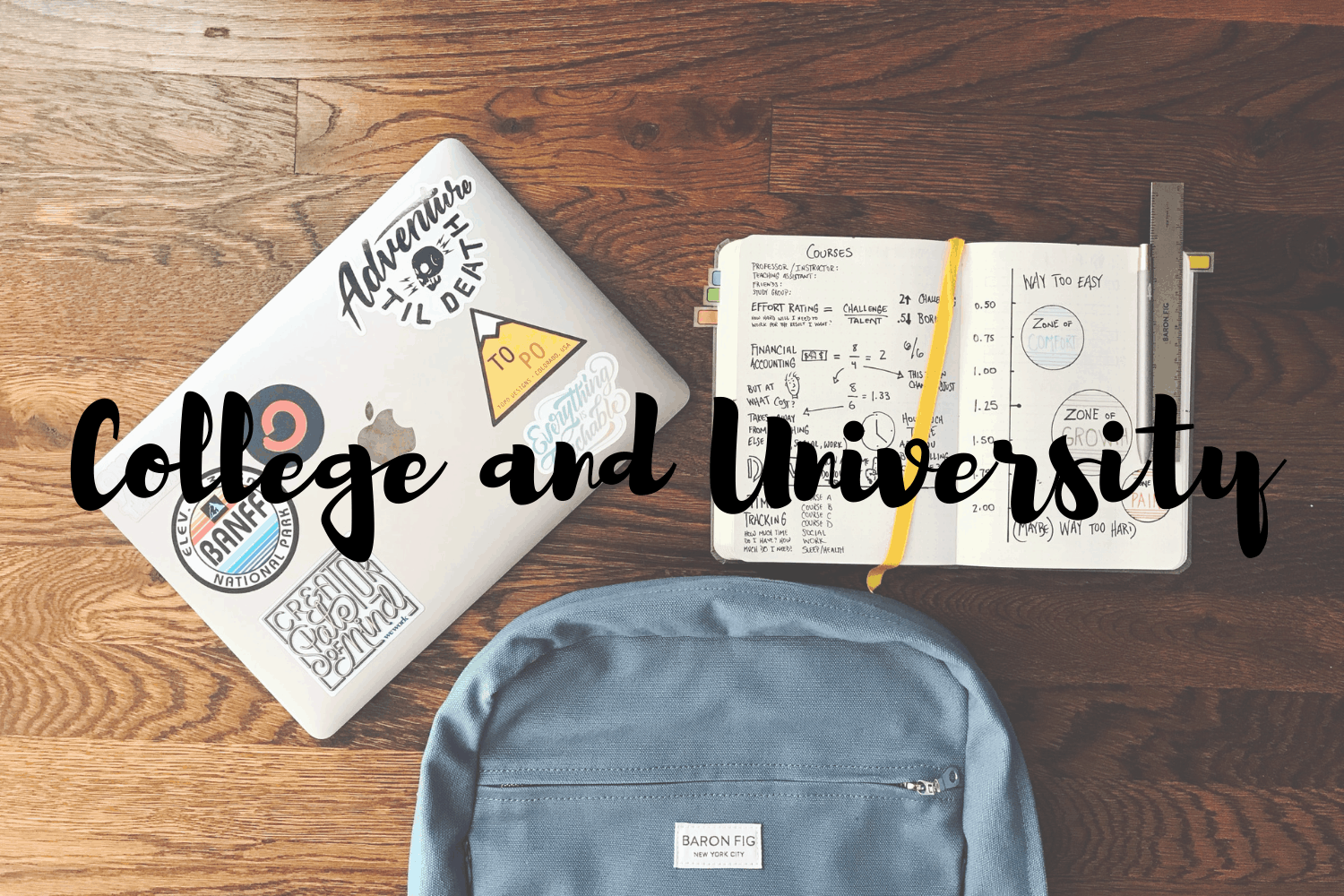 These are stories that talk about students who aspire to reach their dreams and overcome the ups and downs of life. These can be a part of your reading list if you’re a student who feels unmotivated to study or are missing your friends.

These stories will take you into a rollercoaster ride of perseverance, friendship and personal development. Take a look at these college life Wattpad stories for Filipino students! 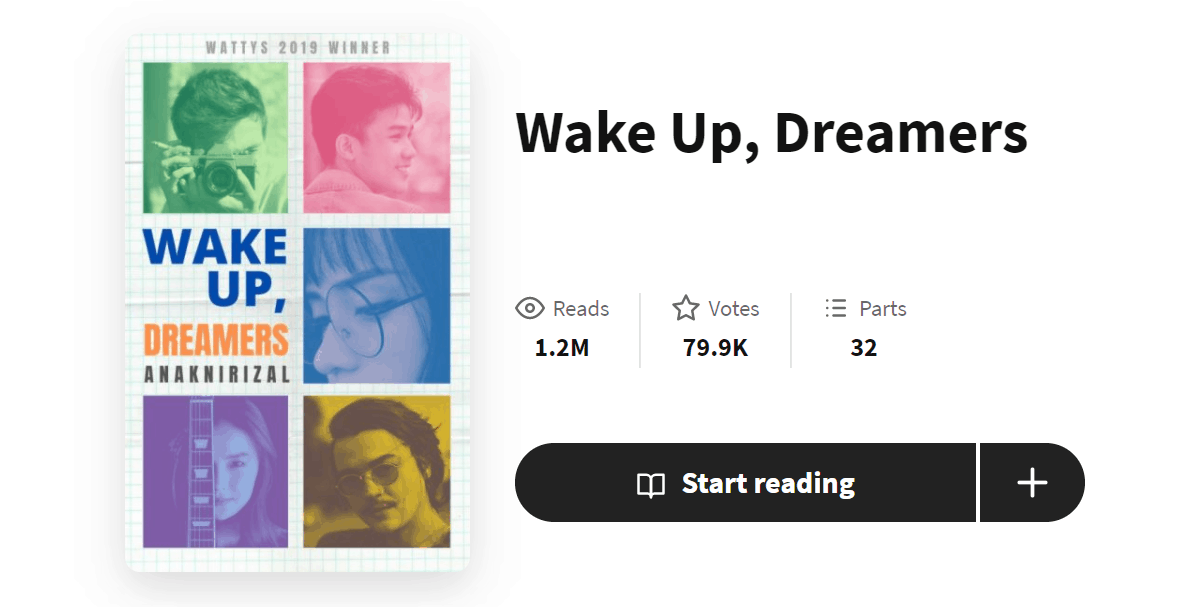 1- Wake up, Dreamers by AnakNiRizal

When an unlikely group comprising of a photographer, writer, musician, artist, and poet band together for a documentary film project, anything can happen. Even the impossible.

College student Molly Lazuli’s dream was always to become a writer. But since her parents never supported that calling, she worked towards an Engineering degree instead. When she winds up in a Humanities course, she is befriended by a fellow classmate, Cole Manzano, who convinces her to team up with him on creating a major project for the finals. Together, they recruit other members: John Garnet Sucgang, who also happens to be Molly’s secret crush who is also a painter; Jasper Tupas, a gay actor and poet; and Alexa, a moody musician. Together the group embarks on a journey that not only has them creating a documentary of their lives’ triumphs and tragedies, but also makes them realize the true meaning of friendship, acceptance, and what it takes to make their dreams come true. 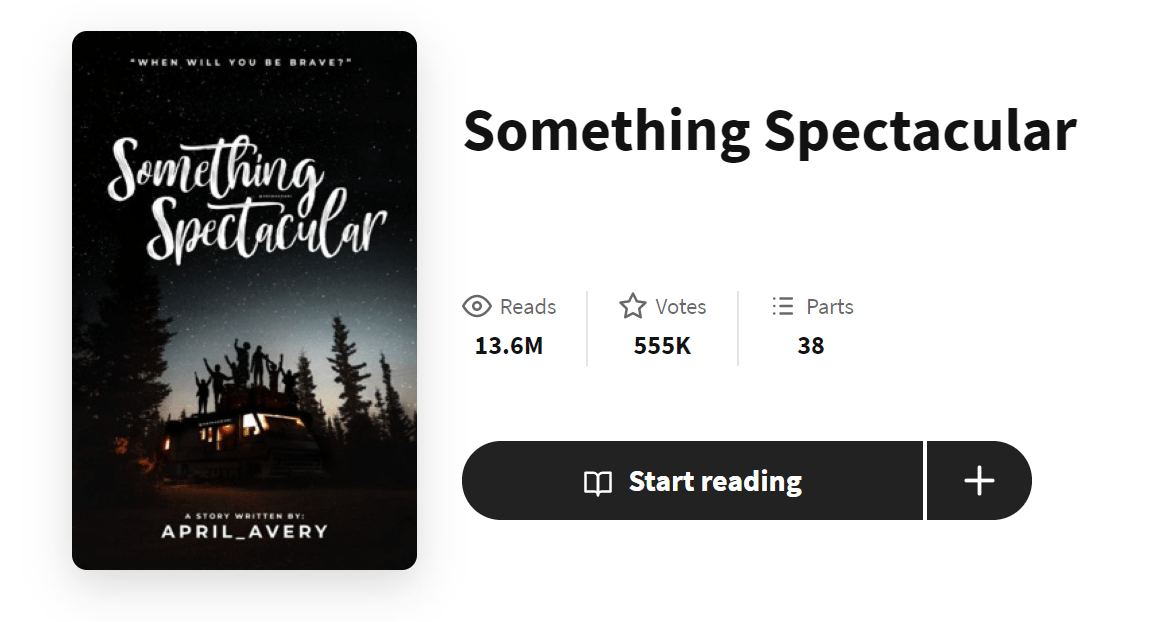 2- Something Spectacular by April Avery

Isabelle Dizon was perfect. A straight A business course student, a sensible lady, a responsible daughter any parent would wish for. But she felt something lacking. She often felt she was living to her parents’ idea of what she should be, and she started to doubt if that was what she really wanted.

As her uncertainty and longing continued, she met a group of people from a poorly funded, nearly dissolved, university organization. A group of six university students who taught her the value of friendship, the courage that comes with pursuing her dreams, and the importance of living in the moment and creating Something Spectacular. 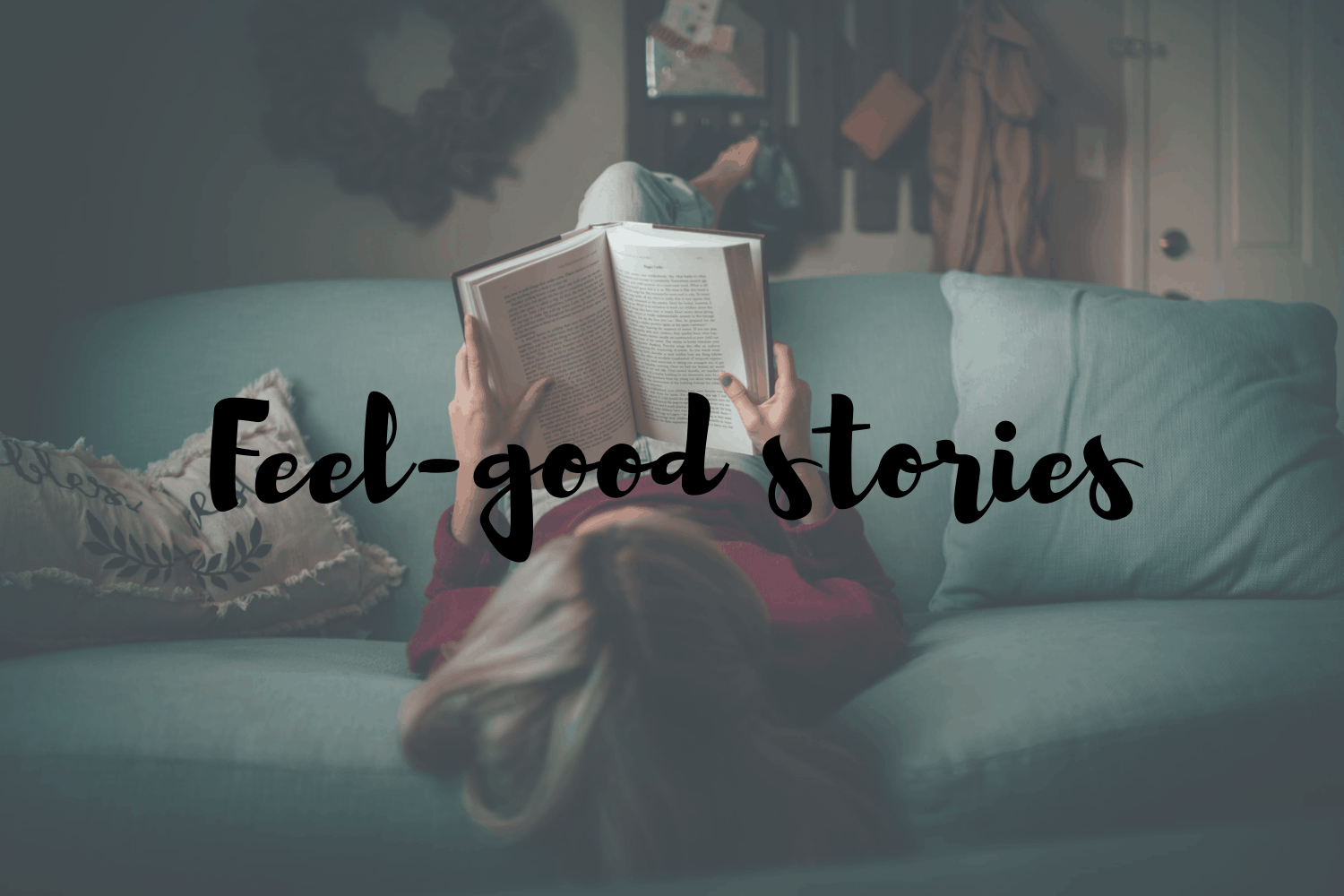 It’s undeniable that we read fiction novels and enter into a world of extraordinary stories to ease our stress and give ourselves some time to recharge. These are for students who are looking for stories of fluff, light humor and a dose of relatable day-to-day life and teen romance! Buckle up these feel-good Wattpad stories for Filipino students! 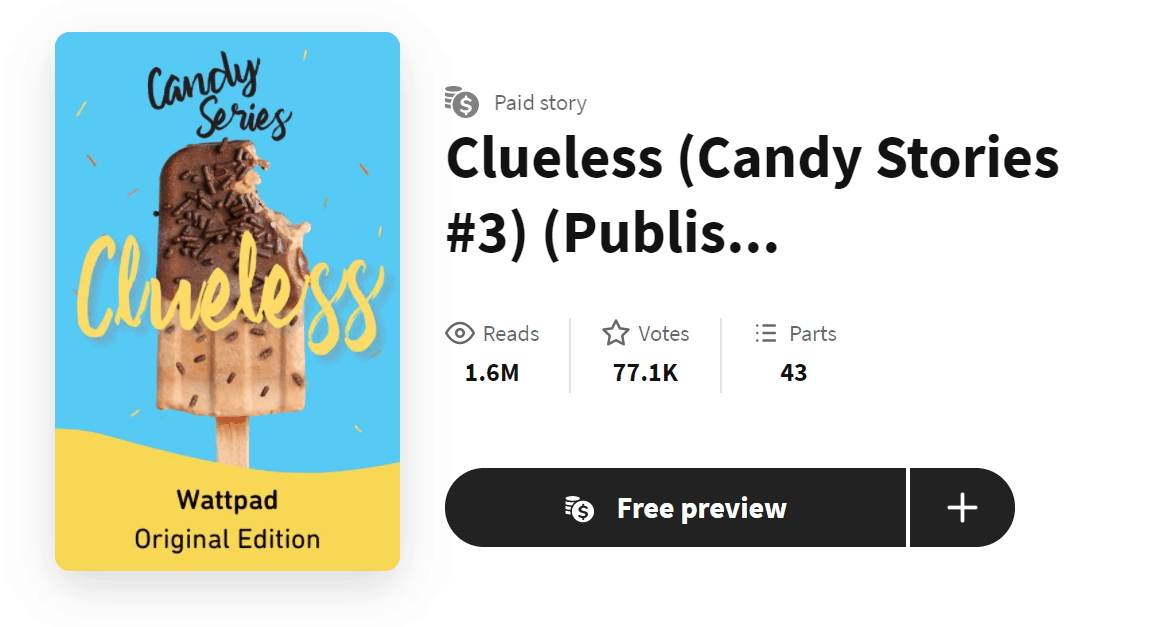 No plot twists or whirlwind romance like in the books. Such is the fate of a side character like Mimi, who neither has a face, body, brains nor background worth boasting about. But what if she realizes that you don’t need to be extraordinary to be loved? That perhaps, she’s just clueless all along? 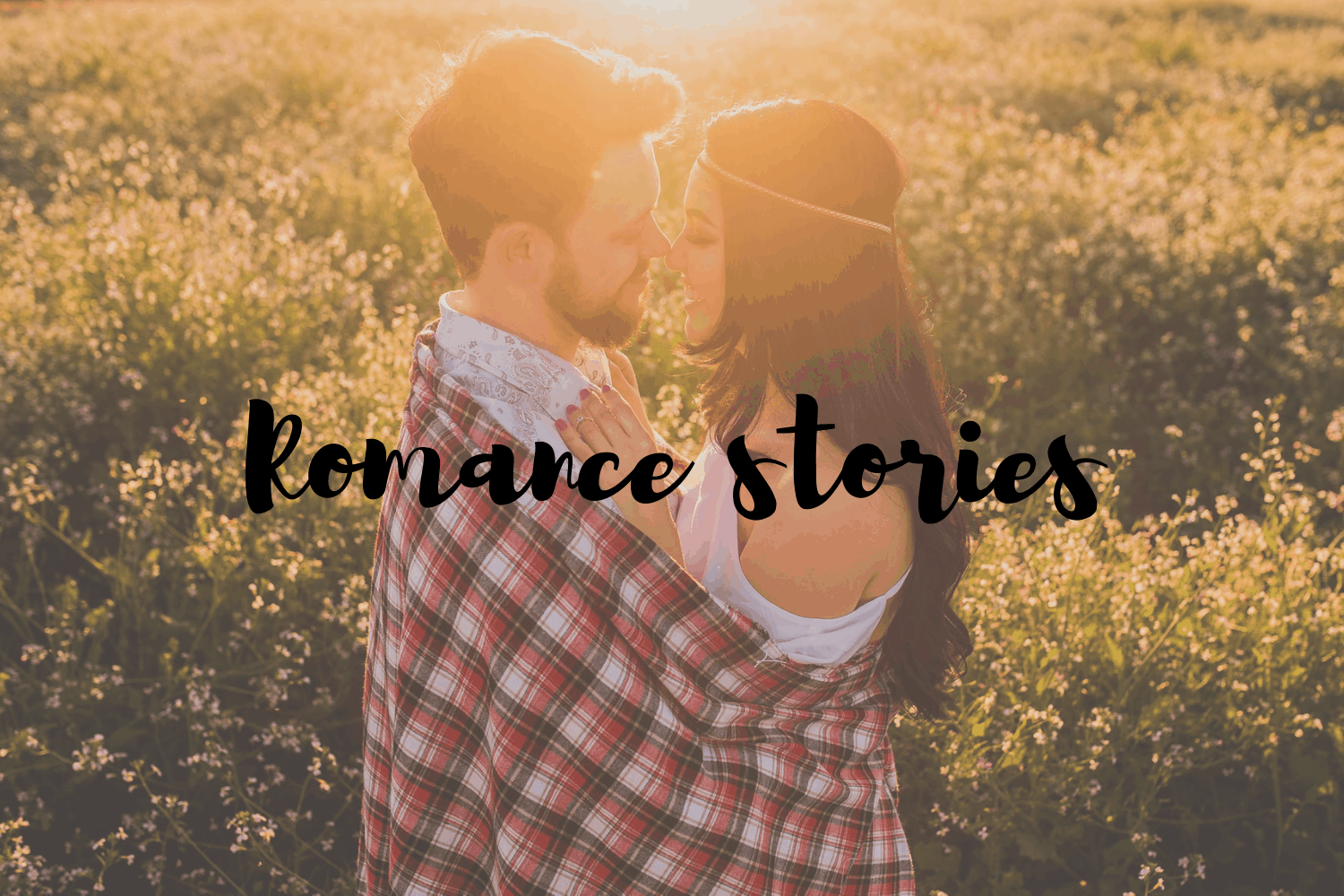 While we practice the “study first” mantra, it doesn’t mean that we have to skip the best-of-the-best romance stories on Wattpad! Under this most popular genre, we picked the right ones for you!

From friends-to-lovers, soulmates, second chances, and to exciting love triangles, we got you covered! Here are the top-tier romance Wattpad stories for Filipino students! 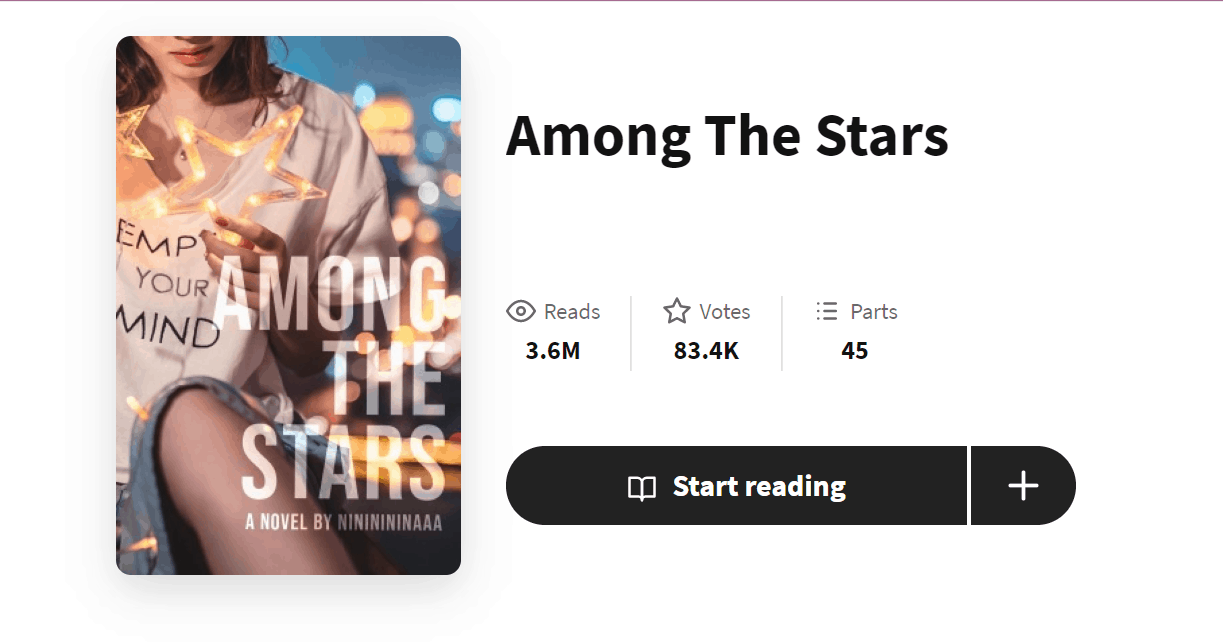 5- Among the Stars by nininininaa

Isaac Horan jumped from a girl to another girl. He’s not a Casanova. Not a typical playboy. That’s just his way of finding the one he wants to spend his life with. Finding someone who can live out his standards. And then there’s his bestfriend, Lorraine, who thinks that he is collecting stars while collecting girls.

Lorraine Ramos is one of those unfortunate individuals who got caught up in a bestfriend zone. But she’s not that unfortunate as she was able to have him. She had him, until someone else got him. And she knew that the one who got Isaac is not just a typical star. But still, among the stars, can she still shine the brightest and catch Isaac’s attention again or will she just decide to be a blackhole that will never shine for him again? 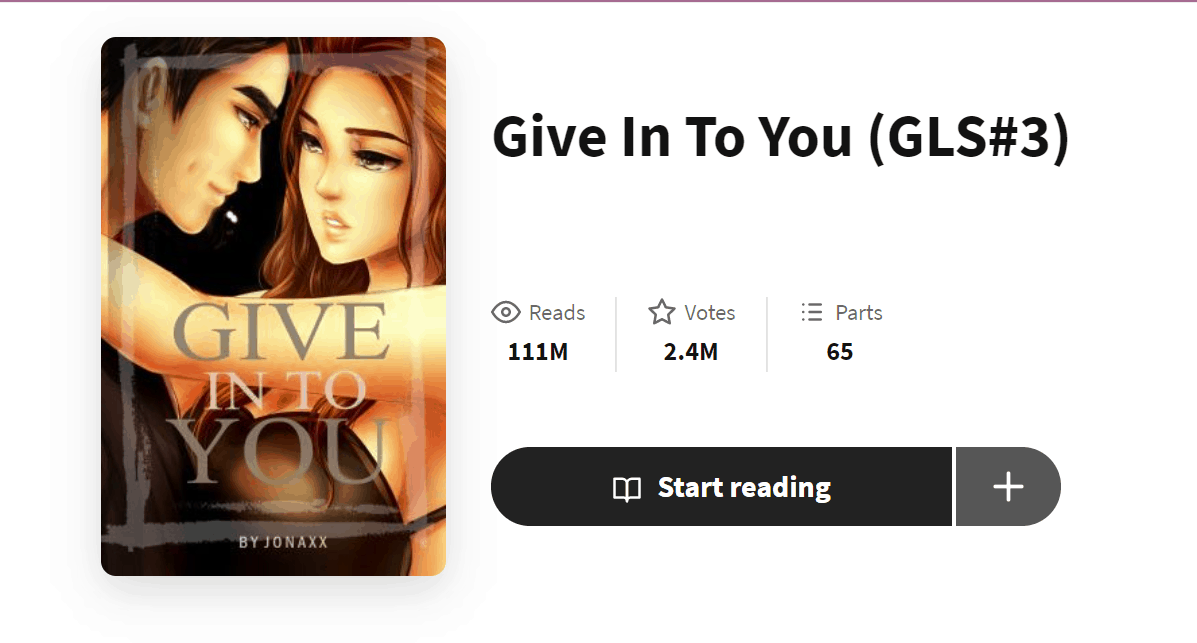 6- Give Into You by jonaxx

But then… how could one person make her doubt her decisions? Is it really worth the sacrifice? To give all of her? To give everything? To give up everything? All for what she’s been hoping for since time immemorial? 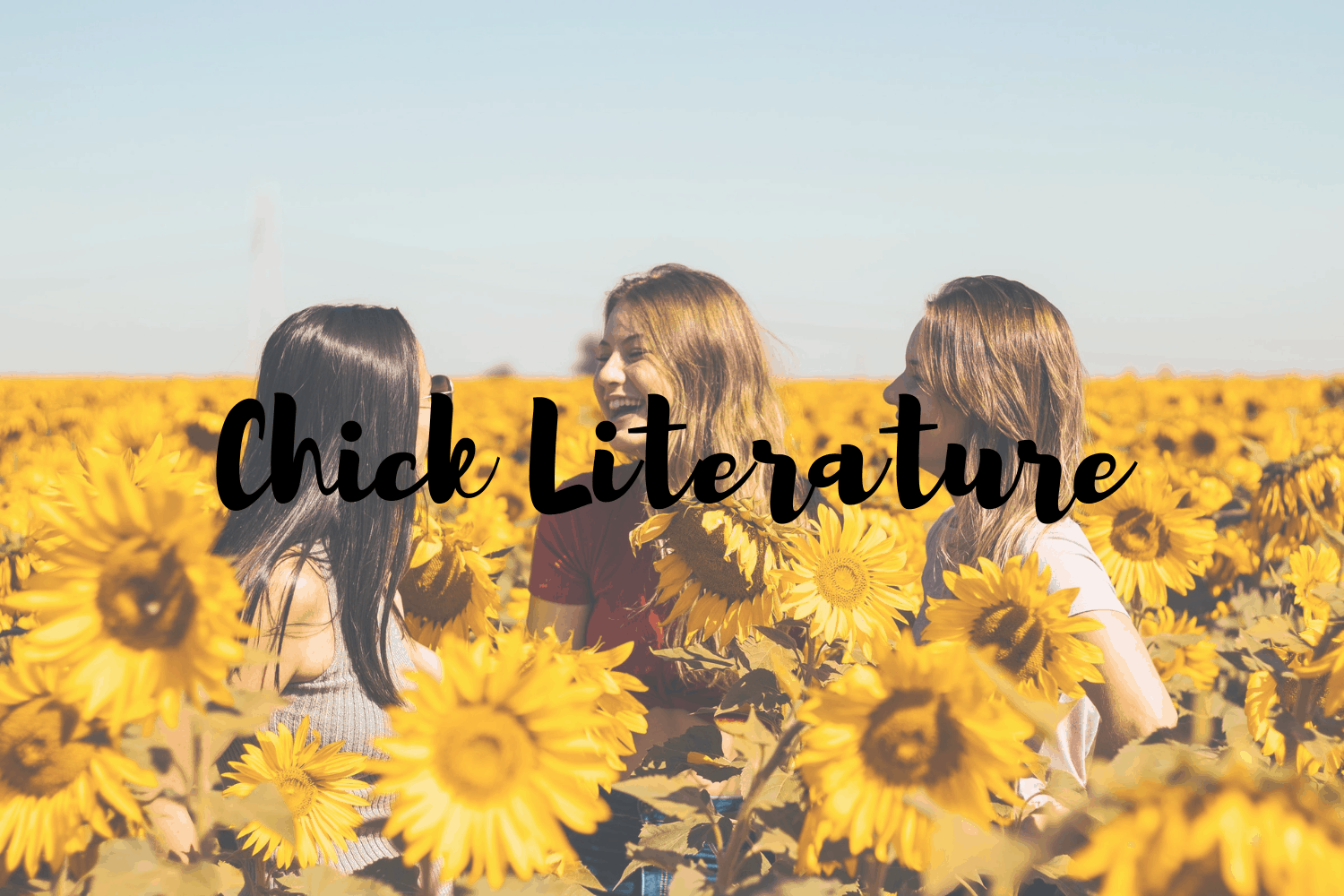 While we’re still celebrating International Women’s month, we also curated stories of female characters who embody the grit, strength, aspirations and bravery of a modern woman. Get inspired by these stories of women handling their conflicts with the society as they defeat sexism, learn about life and empower other women to stand up for themselves. Here are some of the best women empowering Wattpad stories for Filipino students! 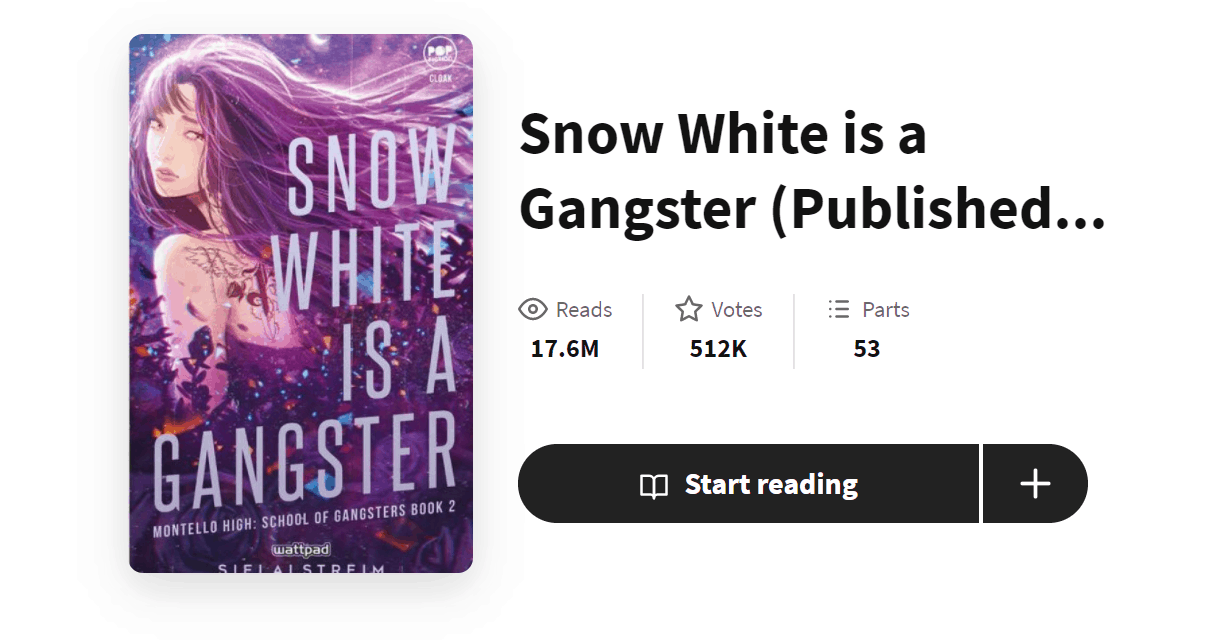 7- Snow White is a Gangster by Sielalstreim

She vowed to stay. She just needed a keeper for maintenance. Henrietta Arturia is a drop-dead, gorgeous ice princess and yeah, a Freniere Mafia Reaper. She is an absolute recipe for immense destruction. But after witnessing Summer Leondale’s courage, bravery and stupidity to fight for Giovanni Freniere, an old flame inside her spark to life and caused her to cross the dangerous line. And with all the risk and danger that she is bound to take, there is only one thing on her mission list that she has decided to push no matter how deadly it is: to seek revenge for her forlorn, unrequited love story. 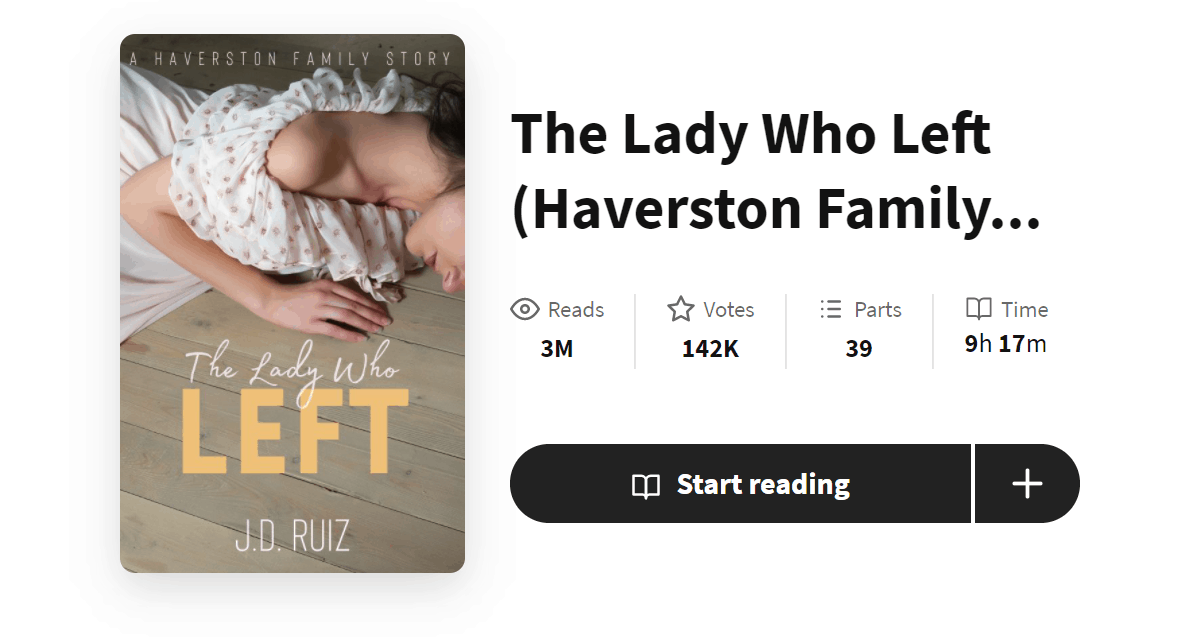 8- The Lady Who Left by greenwriter

It is impossible to leave the Town, but one woman is determined to escape with the help of her betrothed.

Lady Cressida Belverst has always been judged as a walking scandal. Oh, how she tries (on some rare occasions) to be proper! When her parents arrange for her to marry a rich lord, Cressida has had enough. She has to leave the Town because she will not be forced to live with a man she doesn’t love. But what happens if the very man she’s betrothed to is the only one who can help her get out?

Calan Haverston, the Lord of Easton, takes the risk and helps his betrothed by using his knowledge of the Town’s secrets because he is as willing as she to stay free of marriage for reasons completely different. He has dark secrets he cannot share with her, and his life is not one he can likewise open to anyone. But what happens when she leaves after awakening desires he thought he has under control? And what happens when he finds himself longing for her?

Cressida goes to a completely different place, one she has only heard in stories and read in books, with hopes of finding what her heart has always longed for. But love, mystery and secrets will chase  her and it will only be a matter of time before she realizes what her heart truly desires. 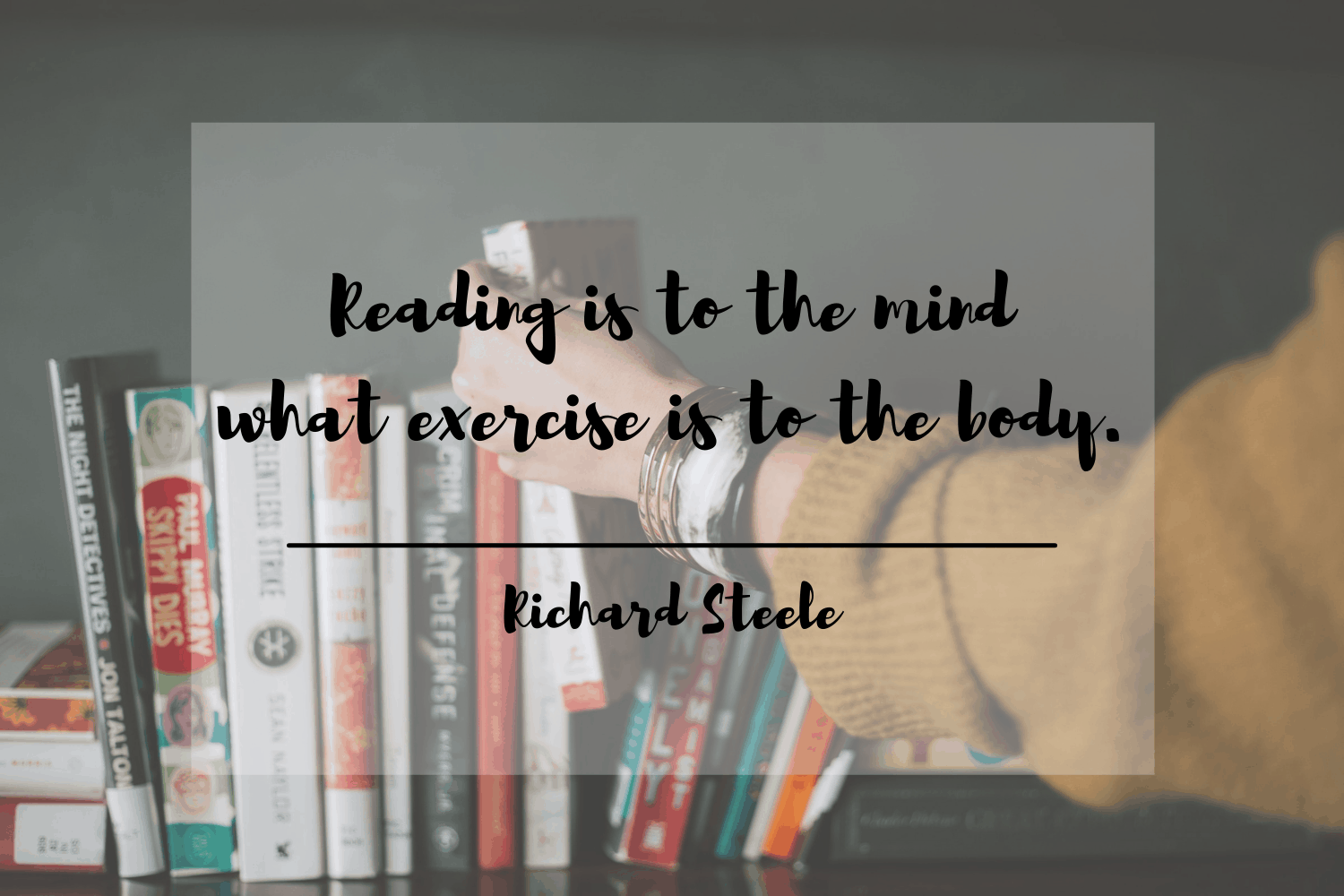 Have you spotted a story that intrigued you? Whether you want to just chill or indulge into a serious plotline, these Wattpad stories for Filipino students like you will surely help boost your morale to get through the Covid-19 pandemic that has been persisting for a year now.

Keep your creative juices flowing by taking a time off your school works and get into a kind of reading that you can truly enjoy!